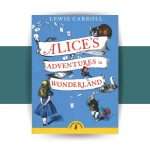 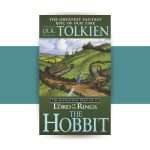 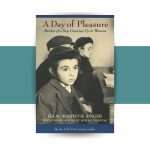 Day of Pleasure, A

Day of Pleasure, A

This book will take a student to a very different time and culture than his everyday surroundings. Growing up in pre-war Poland, Isaac Singer, movingly tells of a young boy’s journey to adolescence.

Originally published in 1963, this Sunburst edition will certainly provoke deeper thought and self-examination than many adult books. This complete and unabridged edition uses large, easy-to-read print type and includes several black and white photos. This book is part of Hewitt’s Grade-8 Lightning Literature program (See below).

This book will take a student to a very different time and culture than his every-day surroundings. Growing up in pre-war Poland, Isaac Singer, movingly tells of a young boy’s journey to adolescence.

At home there was chaos. We lived on dry food and there was no one to supervise me. My sister, Hinde Esther, had married the son of a Warsaw Hasid and they were living in Antwerp, Belgium. I suddenly felt a great urge to study. I began in some inexplicable way to ‘read’ a page from the Talmud by myself and even to understand a commentary explaining it. . . . Although I missed the meaning of most of it [other books], I did understand a little. A part of my brain that had been sealed seemed to be opening. I now experienced the profound joy of learning.

From our Guide by Elizabeth Kamath:

Singer came to America in 1935 to be with his older brother. Even after moving here, Singer continued to write in Yiddish, and his stories were translated into English (and many other languages). The book you’re about to read is about Singer’s childhood in Poland, but many of his works of fiction also draw on that experience. Just as with this work, Singer was very interested in sharing his culture with people, a culture that time and World War II have largely erased. . . . success and fame came from receiving the Nobel Prize in literature in 1978. Singer is the only author writing in Yiddish to have received the prize so far.

No products in the cart.